The Patrol Division is the most visible to the public, and has more deputies assigned to it than any other division.

Each area, or region, is supervised by a lieutenant and one or more sergeants. The number of personnel assigned to each area is dependent upon such factors as the number of calls for service that originate from the area and the size of the service population. Region 1 has the most deputies assigned to it as that area contains a population approximately equal to half the total population of the county. Region 1 is also the only region that has a dedicated 24 hours a day, seven days a week operation. The other regions often go to an "on call" status during the early morning hours. Due to the "on call" requirement, deputies are required to reside within a 30-minute drive of their station of assignment.

In addition to an assignment to the patrol division, some deputies may also perform additional duties as SWAT team officers, Search and Rescue Coordinators, Traffic Accident Investigators, Physical Fitness instructors, and other specialized assignments.

The mission of the Cochise County Special Weapons And Tactics (SWAT) Unit is to enhance the safety of citizens and officers by providing the Sheriff's Office and any other requesting law enforcement agency with the capability to mitigate high-risk or armed resistance incidents through employment of special tactics by personnel with training and equipment not available to regular members of the Sheriffs Office.

Law enforcement agencies have increasingly been confronted with acts of extraordinary violence. In dealing with incidents of such nature and the advent of terrorist acts carried out on U.S. soil, the preservation of human life and mitigation of high risk situations must be of primary consideration. The presence of a skilled, well trained and properly equipped law enforcement tactical unit substantially reduces the risk of injury or loss of life to citizens, law enforcement officers and suspects. Recognizing the dynamics of the law enforcement business, the Cochise County Sheriff's Office maintains a skilled, well trained and properly equipped SWAT unit, as a resource for the Sheriffs Office and other law enforcement agencies needing assistance with critical incidents.

Originally formed in 1981 as a Special Response Team, members were required to perform both Search and Rescue and Tactical duties. As the team evolved, it became apparent that a mission-specific tactical unit was needed to meet the demands of the increasingly complex and diverse missions performed by the team. In 1995 the tactical team was designated as the Special Weapons And Tactics (SWAT) team and eventually evolved into the SWAT unit comprised of Tactical Operations, Explosive Ordnance Disposal, and Crisis Negotiations.

The SWAT unit members are required to attain one of four unit qualifications; Tactical Operator, Tactical Medic, Crisis Negotiator and Explosive Ordnance. Select members specialize in two or more qualifications and perform those duties based on individual operational needs.

From its beginnings in 1981 to present day, current and former members of the SWAT unit have and continue to demonstrate unwavering resolve in the most dangerous and hostile situations faced by law enforcement.

Reserve Deputies augment the ever-expanding needs of the Patrol Division. They assist the Sheriff's Office in performing its mission through their professional law enforcement services provided to the community.

Reserve Deputies can work in any of the three regional patrol districts. They can also work in the Investigations Division only after having completed at least eight hours of patrol duties of their required 16 hours per month. 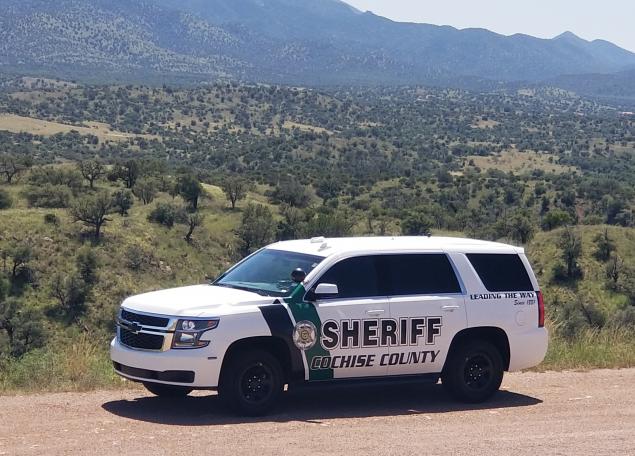